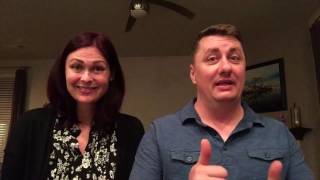 I am sore all over. The kind of sore that I wish I had handicap bars in my bathroom to hold onto to sit on the toilet. Also, I feel like someone used my chest and arms as punching bags. But- it hurts so good.

It all started on Sunday at a friend’s b-b-q. My super-crazy fit friend, we’ll call her Miss Mighty, perkily asked me to join her for the Murph Challenge on Monday morning at 9:30am. I’m always down for a good take on, particularly when it comes to physical stuff. I like to challenge my body. However, I have learned that when it comes from Miss Mighty, who weighs all of 98 lbs on a super heavy day, but could lift a car without breaking a sweat, I know that the next few days will involve some intense pain.

The dark side of me started immediately showing me visions of how comfy I would be if I just slept in and stayed in bed. The pillows looked so fluffy, the blankets were cozy and inviting, and I looked so peaceful with closed eyes and a dreamy smile on my lips. How could I turn that down? Then the force kicked in and showed me the look of victory at the end of the challenge. Stupid force. But what could I do? I’m a force for good, right? Take on accepted.

The Murph Challenge, (actually it’s the Murphy Challenge), is based on a workout from a fallen Navy Seal, Mike Murphy. Want to know more about him? Watch the movie Lone Survivor. Intense. Well, apparently, he used to do a work out that was originally called Body Armor because not only did he do an insane workout, he added a 20 lb. body armor vest on to intensify it. So, in honor of his memory, crazy and deranged people who like to physically abuse themselves into better shape take on his workout. I say that with the utmost respect. So here is the drill:

Thank God I was able to share the challenge by splitting the whole deal with another friend, Lady D. She works out with Miss Mighty. Darn both of them and their super-powered muscles and stamina. To round out the group, Miss Mighty’s husband, Mr. T joined in. We’ll call him the steady Eddie. While he may not have been the fastest of the group, he certainly executed all the moves with precision. And then there was me, never done a pull-up in my life! Not one.

Fortunately, there was a contingency for people like me who showed up. Bands were used to help me pull my little chin above the bar, making me feel pretty bad-ass. I was like, “Yeah! Look at me!” As for push-ups, I could have done a couple of sets in a full-on plank, but I wanted to actually make it through the challenge, not end up face flat on the mat half way through, so on the knees I went. Squats, well, those are kind of my deal, so I was pretty good on those. The running, that’s another one of my specialties. That is, until I had to do that second mile after the insanity. The squats made my legs do the wobble, not the sexy booty-shaking wobble that is so popular when big groups of people get together for things like weddings and events, but more like a new-born colt popping up for the first time on its gangly legs, looking like it might just go back down face-first into the mud. That was my wobble. After running about a quarter of a mile, I told Lady D that I sadly needed to walk. She easily could have breezed through it, but like a good partner, she walked with me until I got my legs back in order, after which we even pulled out a nice sprint at the end to top it all off.

We finished with a time of 39 minutes and 26 seconds. Miss Mighty did the whole thing on her own and only took 6 more minutes! #bodygoals! Mr. T came in after her at a respectable time as well.

So here I am, 2 days later, and lifting my arms above my head to get my shirt off is pathetically painful. But like I said in the beginning, it hurts so good. It’s the type of hurt that means my body is breaking through and getting stronger. And I like that. So to Miss Mighty, Lady D and Mr. T, I give my thanks for good peer pressure and giving me the chance to see that I had it in me.

What’s the hardest you have ever pushed yourself physically? How long did it take you to recover? Share your moments in the comments.

Until the next time!